Hey guys! If you’re still here after my ridiculous schedule changes that have so far led into a pit of unmet deadlines and despair, then good for you! *thumbs-up*

My summer was really long and tiring, and only just this past September have things been slowing down. I really want to get back in the swing of things, so, like the genius that I am, I’ve come up with a schedule. A REAL SCHEDULE THIS TIME GUYS.

Don’t be surprised if I completely disregard this schedule, but this is roughly what I’m planning for. Let’s hope I can pull myself together and actually start being a blogger again! 😛

I don’t know if you guys know this about me, but I am NOT a science fiction kind of girl.

The main reasons usually fall into one or more of these categories:

a.) I’m really confused or super unimpressed with the technology

b.) it’s super cheesy, e.g. Star Wars (I’m not bashing this series, but you have to admit, it is pretty darn cheesy)

c.) aliens. Just. No. They’re usually either too creepy looking, or too ridiculous looking for me to take seriously. (Which is super hypocritical of me, because half of the movies on this list have aliens…whoops. XD )

So that being said, there are a few sci-fi movies that I actually enjoy and I think you might enjoy too. (One of these movies is arguably NOT sci-fi, but it’s the genre that I think fits it best, so I’m including it anyway. 🙂 )

So I just watched this one recently and OH MY GOSH. It was crazy and amazing and I have so many things I could say about this movie, about how clever it is, how great the characters are, how amazing the premise is… The twisting, turning path this movie leads us down had me satisfyingly stunned. The end will leave you spinning, and possibly outraged, but in a good way, you know?

Basically, it’s about this guy, William Cage (Tom Cruise), gets talked into fighting these aliens who are attacking the planet. He soon dies, but instead of…staying dead, he ends up reliving the same day over and over again, every time he dies. If that doesn’t sound cool, then you should probably still watch this movie anyway.

This is another movie I watched fairly recently (I guess I’ve been attempting to broaden my one-track fantasy mind. XD ). This would be defined as hard sci-fi, meaning it’s based on relatively believable things that could happen in the future. IT’S GOOD. REALLY GOOD. There’s a lot of good suspense and tension, the kind of tension that has you staring wide-eyed at the screen, literally sitting on the edge of your seat. Plus the characters, especially our main guy, Mark, are really well-done and relatable.

But I think my favorite part about this movie is that it was just so interesting. It was so fascinating seeing how Mark handled himself and watching all the things he had to do just to stay alive. It managed to be incredibly informative and extremely entertaining at the same time. A++, really well thought out.

The premise is a pretty simple idea. A Mars mission goes wrong, and Mark Watney (Matt Damon) is presumed dead. But he’s not dead. And not only that, but he’s now stuck on Mars with no way of communicating with his space station. And so he tries his best to survive and figure out a way to phone home. (Little E.T. joke for ya.)

This totally counts as sci-fi, right? This is totally sci-fi. Fight me. Possibly my favorite movie on this list, (and no, I did not write this post for the sole purpose of fangirling about this movie, how ridiculous would that be, shut your face.)

But with sci-fi, it’s kind of a mystery. It could take place on other planets, or on Earth. There could be aliens. It could be about shady governments. It could be an apocalyptic premise, where humans are trying to survive, like Hunger Games (dystopian, I know, but it’s an off-shoot of sci-fi, okay?). Or it could be goofy space opera like Star Wars. You never know what to expect. And I love surprises and plot twists, so I don’t know why I haven’t watched/read more sci-fi. I should do that.

Anyway, you know what this movie is about. It’s epic. It’s scary. It’s astounding. It’s all the other synonyms for ‘good’. You should watch it, if you haven’t already, which you probably already have, because apparently I live under a rock and don’t watch good movies.

Faith is actually the one who got me to watch this one. AND I’M SO GLAD SHE DID. This was an AWESOME movie. I mean, I’m kind of a Jeremy Renner fan, you know, Hawkeye and all, but all the other characters were so amazingly done! And even though this is a TOTAL alien movie, I just really loved it. Which is so strange, because I don’t like alien movies. There were so many elements of the story I loved, but if I say anything about them, I’ll spoil the movie. So you’ll just have to trust me and watch it.

It’s about a linguist, Louise (Amy Adams), who is asked by the military to talk to the aliens that have landed on Earth. That’s really all I can say about this movie without spoiling some major stuff. But it’s good. Really. Really. Good. 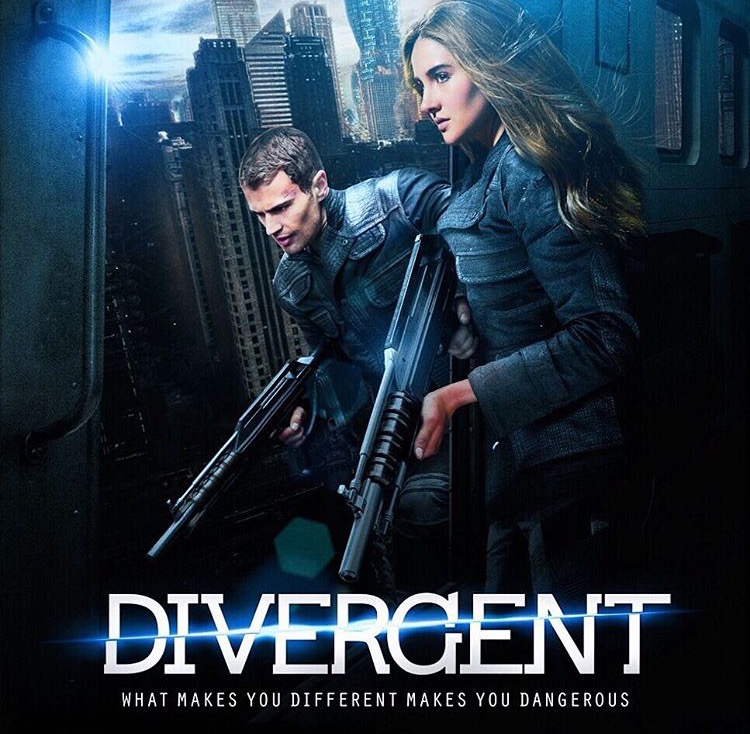 This series gets a lot of hate for some reason. Granted, I haven’t seen the second or third movie, (which I probably won’t, because I don’t want them to ruin it for me), but if you step back and just look at it as just a sci-fi movie, it’s actually a really great movie. The characters are really good, with interesting motives. The setting is a really neat dystopian future, with factions, a sketchy government, prejudiced people, all that good stuff. And a pretty cute guy, which I mean, is always a plus. XD

It’s about Tris (Shailene Woodley), a girl who doesn’t fit into any factions, and so is labeled Divergent (hence the name of the movie). When she realizes there’s a plot against the Divergents, she teams up with a mysterious dude and they set out to figure just what makes Divergents so dangerous. You probably knew that already though. It’s a pretty big movie. And usually that means it’s either highly overrated, or it really bombs. This movie’s somewhere in the middle. I enjoyed it quite a lot. Try it. You might agree with me. 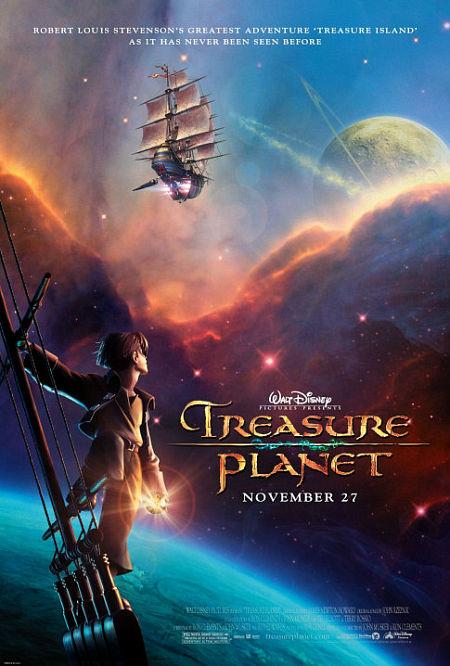 Okay, okay, this doesn’t really count, BUT I JUST HAD TO INCLUDE IT. It’s too wonderful not to! All of the characters are so memorable, their dialogue is so witty and fun, the setting is AGH SO PRETTY, the plot is exciting, whimsical, and adventurous, and it’s just an animated masterpiece. Also, IT’S TOTALLY UNDERRATED. Why is this movie not talked about? It’s delightful! It’s an epic adventure, with romance! Action! Great lines–!

Alright, those are my favorite sci-fi movies! Wow, I didn’t even mention Star Wars or Star Trek…oops. Although, I’m still not entirely sold on the Star Wars franchise. I should watch the newer movies at some point in my life… -_- Do you like the sci-fi genre? Please let me know of some good movies/books in the comments! I’m really trying to break out of the fantasy genre a bit and sci-fi seems like a good first step. 🙂