Hey guys! So…as you may have guess from the post title…

It’s nothing that took a lot of thought, but the idea is quite a fun one to explore. 😀 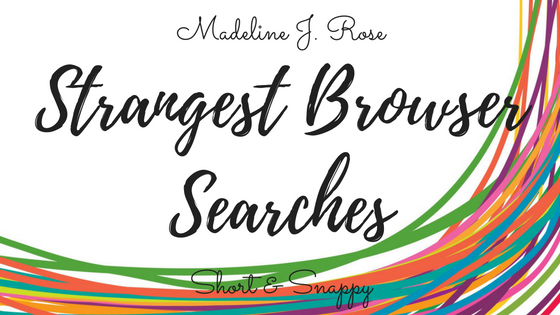 can ptsd lead to schizophrenia

My poor li’l characters. One in particular under went some pretty heavy stuff when he was younger, and now that he’s older…well, he’s a bit cuckoo. The short answer to this question is yes, it can.

One of my villains is an ESTJ, and I’m trying to find out a little more about him, to make him seem more human. Because I’m one of those authors. ESTJ’s, I read, are very afraid of incompetence, submission, and manipulation.

I really didn’t have to look this up, since I have OCD, but again…my villain is a little OCD, and so I had to do my research, you know.

how to defeat a villain

Nothing useful came up for this. Apparently not many people have trouble defeating their villains.

what are tiny eyeglasses called

Why did I look this up? Because I thought they had a special name. What even. I must’ve been thinking of a monocle…

There was a lot of mixed feelings on this subject, but what I came up with, (and what I had originally assumed), is that usually, the ESFJ is the most loyal of the types.

Look them up some time. It’s great fun.

Millions and millions of articles popped up. And so, being overwhelmed by all the danger, I closed the internet, and made up my own instead. XD

I knew I probably wouldn’t get an exact answer for this, since it’s such an obscure, ridiculous question, but it was worth a try.

There are too many schools in NY for me to pick out the one I need. So I made up a school. Perks of being a writer. You get to make stuff up.

were there payphones in 1960s

Yes. Yes there were.

things a stalker would say

This kinda seems like something a stalker would look up…kinda. Everything I saw wasn’t particularly very helpful to me, but I’d say I’m at least more conscientious and aware about it now, for future situations.

things to put on a necklace

Why. You can put ANYTHING on a necklace. Why did I look this up.

reasons you get suspended from school

There are very, very many reasons, but mostly acts that involve violence or violation of school rules.

Now, to tag some people…

Abbey @ Regarding Reading and Writing

Deborah @ The Road of a Writer

Don’t feel pressured to do this tag, I just thought it was a really fun idea. 😉

That’s the tag!! It’s kind of ridiculous, now that I see all the stuff I look up. XD But hey, if you want to learn, become I writer, I say. You’ll have to look up the strangest things… ^_^